Eritreans in and outside of the country are holding a tribute in memory of the first anniversary of the Lampedusa tragedy which claimed 360 Eritreans, including young children and pregnant women.

Parents and relatives of the victims held prayer services in different parts of the country in memory of their children whose remains have not been received to bury to date.

Eritrean change and justice advocates throughout the world, on their end, pointing out the main cause of tragedies like this being the violation of human rights and repression by the government of Eritrea, pleaded with the people to tackle the problem at home instead of risking their lives by deciding to cross the Mediterranean Sea to Italy.

Besides the Lampedusa tragedy that has shocked the world, Italian authorities reported 3000 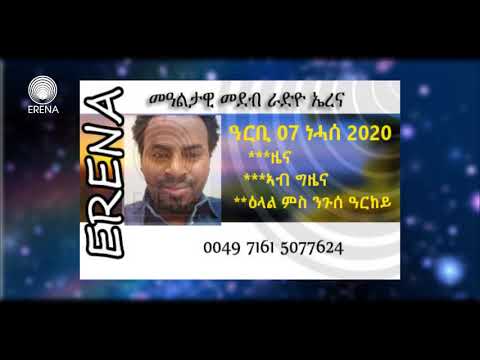 The bodies of the 360 Eritrean victims of the October 2013 tragedy remain to be in Sicilian morgues because the Eritrean government refused to take the bodies collectively as requested by the Italian authorities.

Although the Eritrean Embassy had originally expressed its willingness to take the bodies, sources from the embassy indicate there is a change in the decision for fear of opposition by the people in the Eritrea if the bodies had to be transported collectively.

However, many Eritrean human rights activists are working to get permission from the Italian authorities to allow Eritreans to go to the morgues – identify their loved ones and collect their remains.

Meanwhile, a ship that had been stranded in the Mediterranean Sea with 150 refugees aboard on their way to cross to Italy is believed to have been rescue by an American Petroleum cargo ship.